:D as all my blog posts invariably seem to start with a line to the effect that I havent' posted in a while and then yada yada yada.
However, this post is meant to be only to test out posting to livejournal from my im window. With the faint hope that a faster route to blogging would actually help.

If only I had the ability to come up with blog titles that are not already movie titles. In this case we have a 2002 movie with Angeline Jolie that I am sure I've never actually seen, let alone hear of.

And I should add my customary line on how so infrequently I've gotten to posting entries here. Like has not been entirely sparing me to do frivolous activities like this and I've taken to spending more and more time doing nothing more than anything.

However, there is suddenly also so much to write about. There's to write about my conference poster that somehow managed to get itself completed, printed and reach the conference in time, if only barely. There's to write about how I've started treating office as an extension of iit and why my manager might be feeling like my advisor in iit. There's to write about how I actually got round to taking a girl out to a concert and dinner, even if it was entirely platonic and the band in question turned up a whole two hours late and us leaving after just two songs. The realisation that I am at that point in life where childhood friends suddenly start announcing that they're getting married. And what about the fact that you really don't want to change to fit into what is called the industry but that you'd rather find a place that accepts you as you are. The irony of finding that the television you got shipped all the way from home to your flat goes dead the moment you switch it on. The fact that I might never get over leaving 4 years of college life behind. That money so subtly affects things around despite you having a lot lot more than you'd possibly need.

Now that I've come down to writing out practically everything that floats around my idle head, let me just go on. It's just that sometimes my empty head just turns into this emotional pumpkin (okay, I have absolutely no idea where I got that metaphor from).

That parents are sometimes underrated and nothing in words can really express the amount of love and care they are capable of giving, not withstanding how badly you hurt them sometimes. How, they can completely understand you like the closest friend you have bringing the age and generation gap to nought. That, however old you are, there is
always something you can learn from them.

Also, I increasingly find that girls live in a completely different world, where the rules are written differently. That while one of your friends decides to marry someone she's really known only over phone and im, another of your friends is about to marry someone her parents found for her and who she knows absolutely nothing about. That while one girl hopes that she doesn't find her marriage boring, another is okay to getting married as long as she is allowed to work after marriage.

Meanwhile, this is my sixth month at work, a time that has flown as unnoticed as a sleepy semester in iit. I'll be turning 22 this 21st and given that I have a couple of bad deadlines on the 20th and 27th, it'll be a steal if I can get enough time out of office and hang out somewhere with friends. And Microsoft (no, I work at Amazon) is hosting yet another mega-party this weekend.

PC changed the combination to this lock a couple of months ago and I forgot to ask him what he'd changed it to. And now he's gone home. So today I sat down and starting from 000, tried every combination until I found the one that opened the lock. And that was at 959, if only I'd started at 999 and counted down.

This is a season of heartbreak, leaving friends of four years, the places, the life, the joy and the journey that it has been. Moving on has never been harder for me and I havent even left the place yet. I am here a few more days but with most people already left or leaving, I keep getting more and more listless and sadder as the days pass. I guess I'll break down the day I leave here. So here I am living out my last few days, at the only place away from home that I will ever be able to call home, sitting here in the chair trying to get some work done punctuated by periods of frenzied activity where I try to get everything out of my head by going off to Kol Dongri or Vihar or Sameer or just pain poor Asad with my tales. When I left home to come here, I had the exact same feeling and now its deja vu as I leave this place to go home. Added to all that is the heartbreak of the regular kind which had to happen so late that I can do nothing at all about it. Guess I have always been that way, lazy and lethargic and my heart also seems to behave the same as my head. Looking back at these four years, I realise that there was never a time when I sat around moping for someone and never even imagined myself doing that until now. It is so powerful right now that my writing it out here is only an effort to get it out of my system and get to work :(( Guess you have to listen to your heart sometimes but it is now so late that nothing good can come out of it, so I keep it all to myself (and this journal that noone reads).

Vihar lake and Powai Lake sandwich the IIT Bombay campus and while powai lake is small and dirty, Vihar lake is a mighty god awesome lake(that happens to be a prohibited area as it is the main source of water for the city of Bombay). Up until recently, there was nothing to stop us iitians from going to the lake (though it is illegal) and lots of us used to. However after a few panther/leopard attacks and other issues we've had a 10 foot fence separating the institute from its sylvan neighbours. In a month or lesser Vihar lake will get completely cut off from iit :(
Meanwhile, a few of us went swimming in the lake and here are a few photos of a place that only a few people have seen and fewer will ever get to see again. 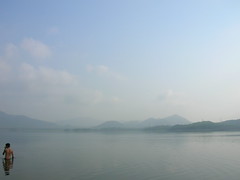 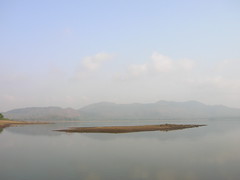 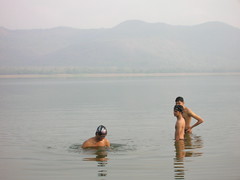 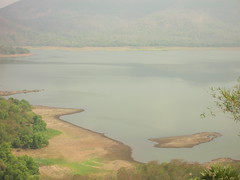 hazeldusk had to say about kol dongri, I decided that I say the exact same things albeit with a different set of photos and a different set of people. Echoing her, it is surprising that few people haven't even heard of the place, let alone visit it. Maybe it has got something to do with the trail starting off from right opposite h6 gates and heading off in the most meaningless of directions or maybe it is just the plain smugness factor of those who know of the place :)
I'd first been to kol dongri with adnan a long time ago and have been there a little too frequently in the recent past, four times in the past two weeks. Apart from the fact that 5 minutes of easy walking get you into the comfortably silent woods and a few more minutes get you to the lake, the cool thing is the innumerable number of easily climbable trees. I'll stop blabbering and put up more photos of my own. 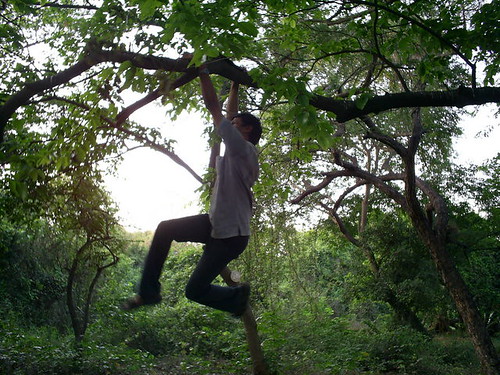 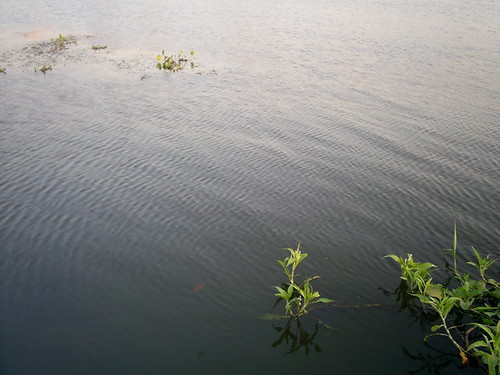 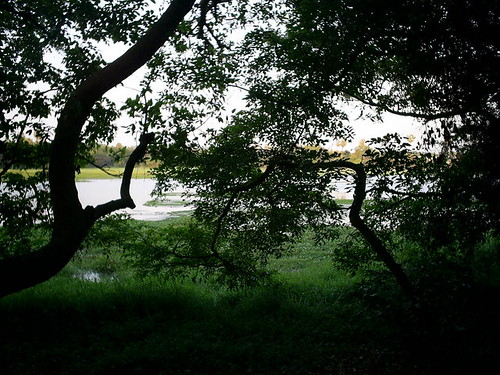 I actually manage to top a course, and one with over a hundred students in it. This is a first for me here and obviously the last given that I am leaving this place in 10 days from today. There are lots of things that I have not done here at iit(get a girlfriend for example :P) but this is one that sprang out of nowhere. I almost forgot, the course is called 'Computer Networks', code CS456 and taught by Prof.Varsha. 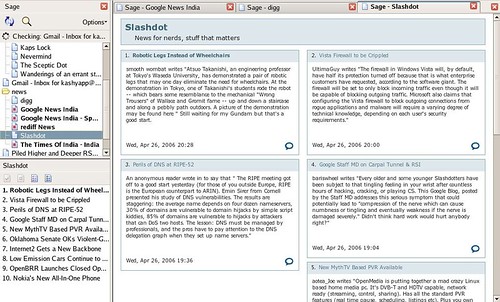 Sage for Firefox is one of the neatest extensions I've used and it is a wonderful feed aggreagator. It is very neat, simple and efficient and I like it most because the feed pages it generates are CSS styled and this makes for real neat looks. There are over 30 styles on the Sage home page and here are a few screenshots of my favourite 2-column styles. 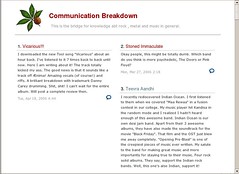 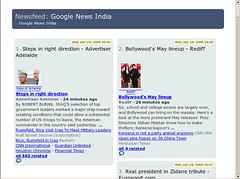 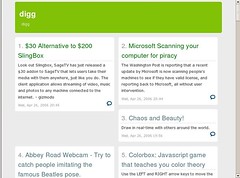 As usual, I go about searching for new ways of spending my time and I came upon this decent firefox extension that allows me to post to livejournal and blogger simultaneously.

Picked up from wikipedia's page on Swimming.
Collapse